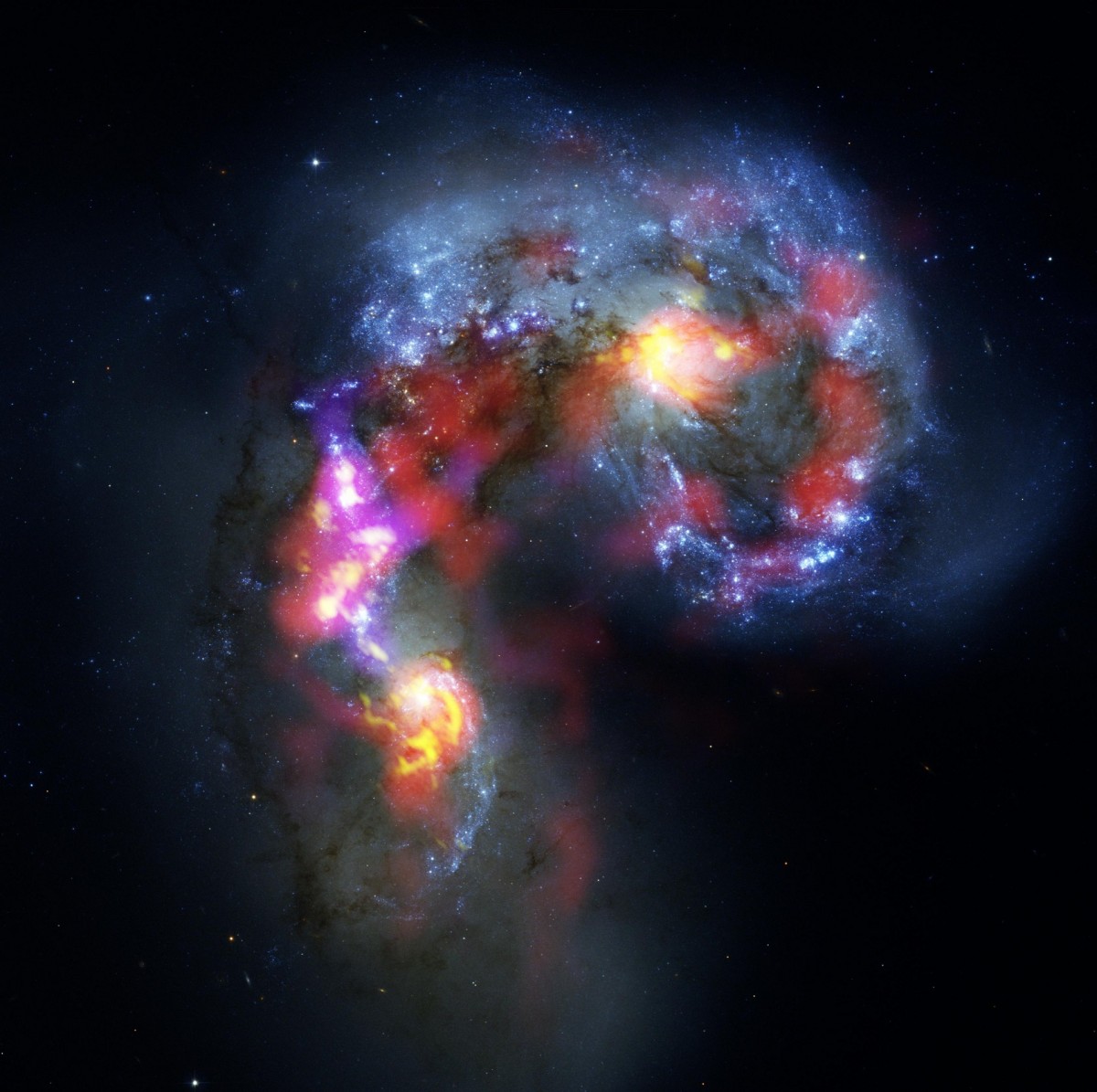 The Chile Observatory of the National Astronomical Observatory of Japan (NAOJ) in the National Institutes of Natural Sciences is working on the Atacama Large Millimeter/submillimeter Array (ALMA) Project. We interviewed Professor Ken’ichi Tatematsu, ALMA Regional Center Manager at the NAOJ, and Kohji Nakamura, a network and software engineer for the NAOJ Chile Observatory, about the outline of the project and the role SINET plays in it.
(Interview Date: November 12, 2013)

First, can you explain the research target for the ALMA Project?

Tatematsu：The ALMA Project has three major research targets: The origins of the galaxy, the birth of the planetary system, and the molecules that led to life. You may know that our universe began with the Big Bang. In fact, stars didn’t form right after that took place—there was a long, dark period during which there was nothing, called the Dark Ages. This research on the origins of the galaxy attempts to elucidate when the dawn of the universe occurred and when the first stars and galaxies came into being.

Our research on the last target—namely, the molecules that lead to life, explores why life came into being in this universe. This study deals with many different prebiotic molecules. Particular attention is paid to amino acids, which are essential to the proteins that make up living organisms. There are two types of amino acids that are mirror images of each other, called L-amino acids and D-amino acids. Strangely, most proteins in living organisms on the earth are composed of L-amino acids. If we detect any amino acids in far outer space, that will be a significant key to elucidating how prebiotic molecules were created and how they have evolved.

The ALMA was built for these purposes.

Tatematsu：That’s right. To conduct these three major studies, we need a telescope that meets many different requirements. For example, it must have a high level of visual acuity, or more technically, spatial resolution. It must be capable of observing submillimeter waves, and it must have a high sensitivity. To observe a distant object, good vision is required. For this purpose, we need a larger telescope. The ALMA Observatory has 66 parabola antennas on its premises with a maximal diameter of 18.5 kilometers. The well-known Hubble Space Telescope has visual acuity of 12,000/20, whereas the ALMA is designed to reach visual acuity of 120,000/20, which is 10 times better.

The second point—namely, the ability to observe submillimeter waves, is also important. We humans perceive visible light. That only allows us to see stars in the adult phase of their life cycle. In order to observe stars in their newborn state, it is necessary to capture the radio waves emitted from gas and dust in the very low temperature range of -263 to -200 degrees Celsius, which are classified as millimeter waves and submillimeter waves. Millimeter waves, with observed wavelengths of 1–10 millimeters, can also be observed, for example, at the Nobeyama Radio Observatory at an altitude of 1,350 meters, but submillimeter waves, with wavelengths of less than 1 millimeter, can only be observed at a high altitude of 5,000 meters. That’s why the ALMA was built at a high elevation. Also, these waves are so weak that the equipment must be highly sensitive.

The ALMA is located in Chile, South America.
How do you conduct your research activities in Japan, which is so far away from the observatory?

Tatematsu：We decided to build the ALMA on the Atacama plateau in Chile in light of the good local climate throughout the year, which meant that the observatory would be subject to the minor impact of radio wave absorption by water vapor. The Japanese research team discovered this site when we were scouting the entire world for the best location. However, a one-way trip to the observatory involves three flights and takes 35 hours. At the site, we also need to be careful about altitude sickness. It isn’t a place that can be easily frequented. So, regional centers were set up in Japan, the United States, and Europe so we could mirror the ALMA observation data and carry out our studies.

Considering remote observation, the network has a significant responsibility, as it supports data transmission.

Nakamura：Yes, it does. We assume that 200 TB of data will be archived from the ALMA a year. This data must be transmitted from Chile to the three ALMA Regional Centers including our East Asian center. The data are sent from the primary archive in a mid-level facility through a secondary archive in the Chilean capital of Santiago and then through multiple academic networks to the Regional Centers. For Japan, the data are then forwarded to North America via REUNA, RedCLARA, and Internet2, and then transmitted to the NAOJ Mitaka Campus via SINET. REUNA secures a bandwidth of 75 Mbps. When sending bulk data, the traffic can almost stay at the bandwidth limit. SINET serves as the infrastructure that allows universities and research institutes to use the data stored at the East Asian Regional Center.

Tatematsu：In the past, it was necessary to use hard disk drives and other physical media to send data. When we were doing the project on the Atacama Submillimeter Telescope Experiment (ASTE), another telescope in Chile, we embarked on remote operation using a 64 kbps satellite communication. Based on that experience, the ALMA Project supports the transmission of observation data over the network. Today, with the help of SINET and other countries’ academic networks, the ALMA has very stable operation.

Lastly, can you talk about its future outlook?

Tatematsu：The ALMA research is like finding valuable data in a massive amount of noise. Careless data compression could result in the loss of valuable data. However, it is difficult to send all the data generated from the telescope. At the moment, we are integrating it in the time and frequency directions to lower the data transfer rate. However, we astronomers would like as much valuable data as possible to be archived, without sacrificing any data. This requires a further expansion of the network infrastructure’s bandwidth. After the ALMA comes fully online with all 66 antennas in service, data will continue to flow on a 24/7 basis. We have great expectations for our future expansion of SINET.