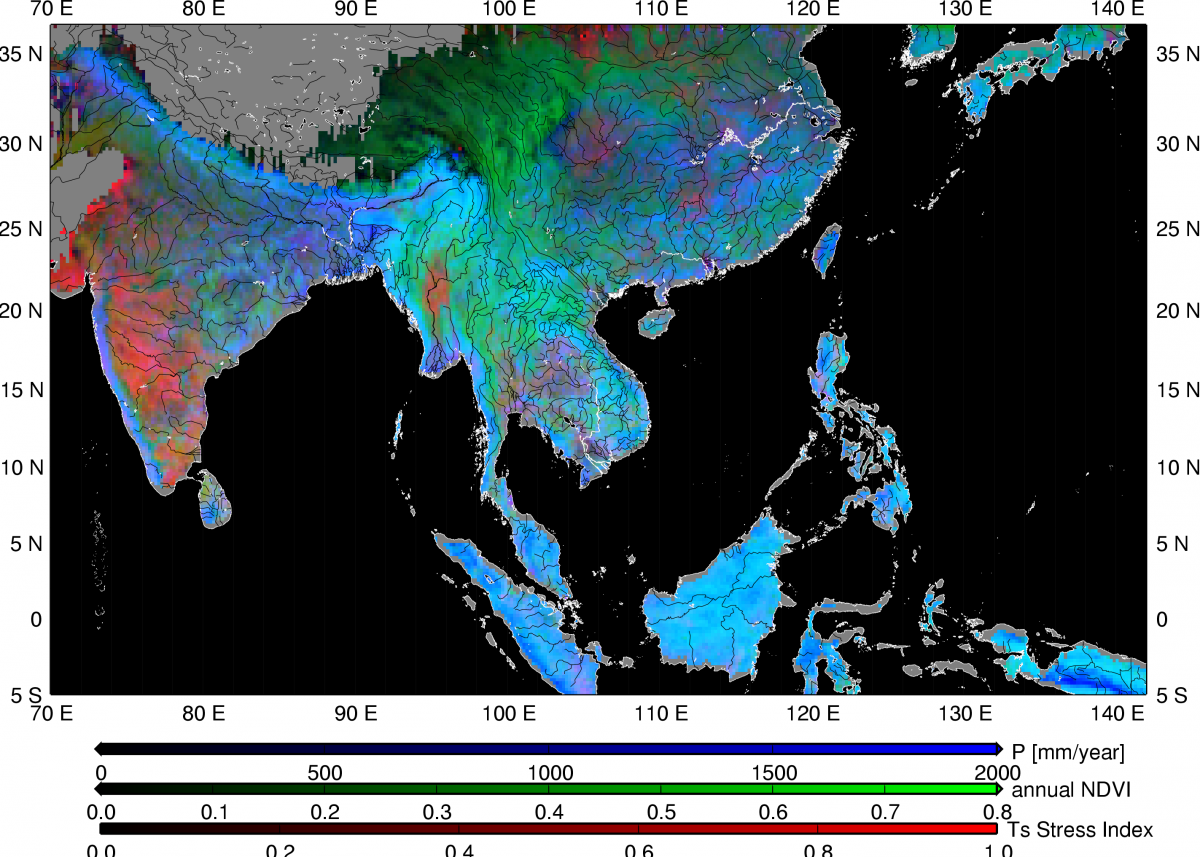 Chiba University’s Center for Environmental Remote Sensing (CEReS) is a national joint-use research facility that receives, processes, archives, and disseminates satellite data. We asked a member of the staff, Associate Professor Atsushi Higuchi, to tell us about the Center’s work and the role played therein by SINET.
(Interview date: June 27, 2008; updated January 15, 2010)

First, could you tell us, in outline, about the Center for Environmental Remote Sensing?

Higuchi: CEReS was established in 1995 as a national joint-use research facility tasked with the establishment and application of remote sensing technology. Chiba University’s Faculty of Engineering already had long histories in photography, printing, imaging, and related fields, and CEReS’s origins go back to the Remote Sensing and Image Research Center established in 1986. In general, research centers tend to be named for the phenomena they study, but CEReS takes its name from a method or tool: remote sensing. I think this kind of name may be unique in Japan.

Could you tell us about the Center’s work in more detail?

Higuchi: First of all, our operations involve receiving, archiving, and disseminating observational data from Himawari and a number of other satellites. Analysis of satellite images enables scientists to understand changes occurring in the layers on or near the Earth’s surface the atmosphere, the oceans, the water cycle, and so on. Our job is to take the raw material for these analyses, the data, and make them available to researchers and laboratories worldwide, mainly via the Web or FTP. Of course, we don’t just release raw satellite data but also carry out various kinds of processing to provide more sophisticated data.

Also, we ourselves carry on a variety of research activities. For example, in 2007 we formed a ”Virtual Laboratory for the Earth’s Climate Diagnostics” in partnership with the University of Tokyo’s Center for Climate System Research, Nagoya University’s Hydrospheric Atmospheric Research Center, and Tohoku University’s Center for Atmospheric and Oceanic Studies. As the names of the partners indicate, they are specialist entities, each with their own area of expertise. Bringing several such centers together to do research should prove very effective both for global climate diagnostics and for the education of students. CEReS also receives observation data at hourly intervals from geostationary meteorological satellites (GMSs) belonging to Japan, the U.S., Europe, and China, and we aim to prepare and publish a global GMS data set.

Are the observation data freely available to everyone?

Higuchi: We don’t impose any particular restrictions on the use of our data; they are available to anyone who needs them for their research. Not only universities and research institutions, but also corporations are welcome. Our records to date show around 100,000 data downloads annually. The patterns of use vary: some requests specify one particular date, while others are for a large mass of data. We have quite a few users overseas, as well as in Japan.

As you accumulate satellite observation data, aren’t you handling an enormous volume of data in your research?

Higuchi: We certainly are. Some satellites take images with a spatial resolution of a few meters, while others scan the entire planet with a resolution of 500 meters to 1 kilometer. It takes a week or two for the compilation and computational processing of these data, but even the initial data capture stage is a huge task in itself. In our practice, it can take as much as 50 terabytes of data to draw a single map.

Then you obviously need a system/network capable of handling high data volumes?

Higuchi: With the amount of data growing by several tens of gigabytes every day, our biggest challenge is storage. In the old days, when we relied on a magnetic tape library device, data handling was quite a chore. So we have now created a hard-disk-based storage system to manage this.

The other crucial thing is the network. We wouldn’t get anywhere with a slow network, whether for releasing CEReS’s data to the outside or obtaining the data we need for our own research from others. In extreme cases, just obtaining all the satellite data for a study from overseas sites can be a whole year’s work. Doubling the network speed means the same work can be done in six months. Apart from anything else, this helps greatly to increase our international competitiveness. In CEReS’s work, a high-speed network environment is just as vital as high storage capacity.

Nowadays, network speed determines the speed of research, doesn’t it?

Higuchi: Exactly. And whereas extra storage can be purchased, there’s nothing we ourselves can do to speed up the network [laughter]. Fortunately, at present, with the cooperation of Chiba University’s Institute of Media and Information Technology, we are using SINET’s 1 Gbps circuit to do our research and provide services. I think researchers certainly benefit from having more bandwidth.

How do you rate SINET for reliability and stability?

Higuchi: I’m happy to say the stability is excellent. Since we have no problems to speak of, most of the time we’re hardly aware that we’re using it. To my mind, it’s like a basic utility: you have your power supply, your water supply, and your network. Though from a researcher’s point of view, if something did go wrong with the network it would have more impact than a water outage, don’t you agree? The university could lose its water supply for half a day and not really suffer, but if the network went down for half a day, we’d be in real trouble [laughter].

Lastly, may I ask about your future plans?

Higuchi: With satellites these days being launched for many purposes, we want to continue accumulating as much data as possible. Even data that aren’t useful now could suddenly turn into a treasure trove if somebody somewhere makes a new discovery. To make that possible, basically, we need to store data. When a researcher thinks ”I want to use data on such-and-such,” CEReS would like to be there to help in the same way as a library. And, as I mentioned, since a high-speed network is essential for research, we have high expectations of SINET.